Internationally, there are many countries that have a gap in the legislative frameworks relating to the evacuation of people with disability. This gap is also evident in Australia’s legal system, which exposes not just people with disability, but all people who for whatever reason may need some help to identify, register and respond to an alarm, as well as independently moving to a safe place outside the building.

This gap exists in the Australian legal system and exposes those members of the community with disability and the elderly, particularly those with sensory or mobility disabilities to the risk of being delayed in their ability to evacuate a building or being entrapped within a building that has been evacuated. Even though there are statutory obligations within Australia that require employers, building or facility management, building contractors and building designers to contribute to a workplace that is “without risks to the health and safety of any person”.[1]

In 2009 the Australian Bureau of Statistics (ABS) reported that there were four million Australians or 18.5% of the population with a disability.[2] The following statistics released by the Australian Network on Disability[3] provides an insight into the statistics of Australian workplaces:

This equates to a significant percentage of Australians who may have little consideration for their safe evacuation from a commercial building.

Consideration of the needs of all occupants is especially important for those facing a vertical egress path (i.e. via a stairway) and this is obviously an issue that needs to be considered worldwide, not just within Australia. The use of passenger lifts during an evacuation is not generally possible, as lifts are pre-programmed to return to the ground floor during alarm-mode. They are therefore unable to be used for evacuation purposes.

To put this into perspective, in 2013 a New York high school left two students who use wheelchairs behind in a third floor classroom while the remainder of the school buildings were evacuated. The evacuation was due to a fire and was not a fire drill.[4] Similar events have recently occurred in educational facilities in Nova Scotia, Canada[5] and Chicago, United States.[6] Closer to home a student was reportedly left on Level 10 of the Swanston Street RMIT Academic Building in Melbourne during a fire evacuation in 2012.[7] Though there is little evidence of this occurring in Australian workplaces, there are several reports of people with disability in the U.S., particularly those with mobility impairment, being left within buildings during evacuations and without the necessary alerts to warn them of the danger.[8]

The Universal Design Meets the Exit Sign concept aims to fill a part of this legislative gap. When an inclusive approach is adopted in a building it could be seen as a contingency when other parts of an emergency plan is not effective. For example, even if people were left behind in a building during an evacuation if there is audible and visual information provided to occupants they have better chances of finding a suitable exit and moving to a safe place. Accessible exit signs forms part of this approach. 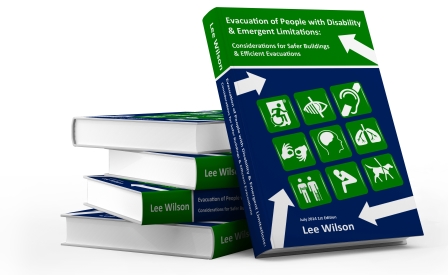 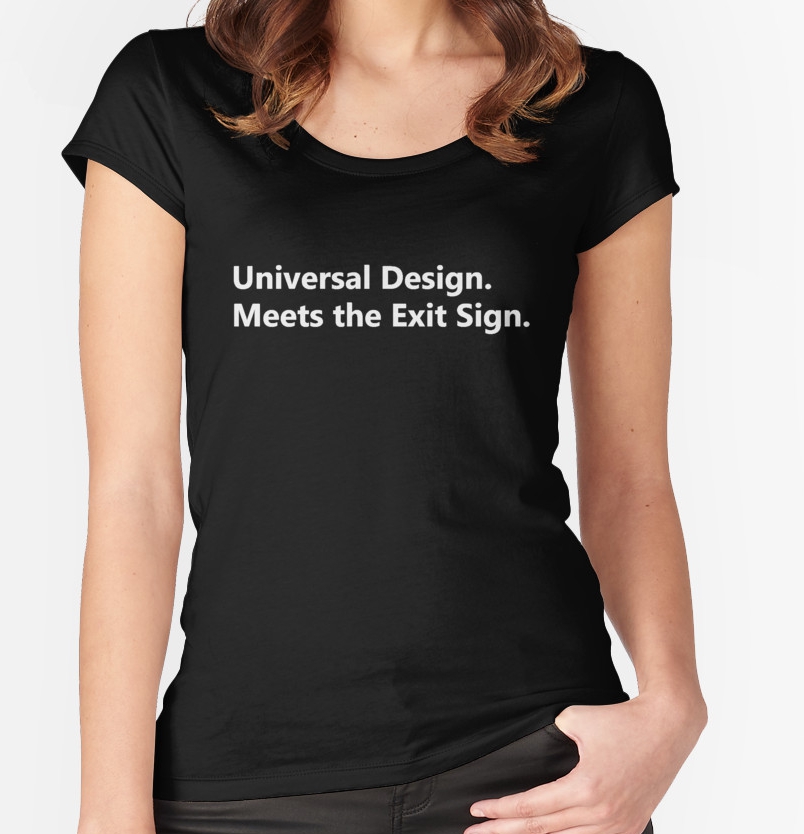